Mother Nature offered Myanmar a special privilege to become a jealously pretty country. Not with standing its inherently charming beauty, visitors perhaps supremely enjoy themselves as coming here during the best time between November and February when the climate is extremely pleasant and supportive for perfect traveling.

In November, following rainy season, creatures as well as sceneries turn to be optimally vivid and picturesque. Therefore, it is exceedingly great time to lie on Myanmar’s irresistibly magnificent beaches or take an amazing trip to exotic tropical forests. That is the reason why Myanmar attracts a large number of tourists from all comers of the world during this period. 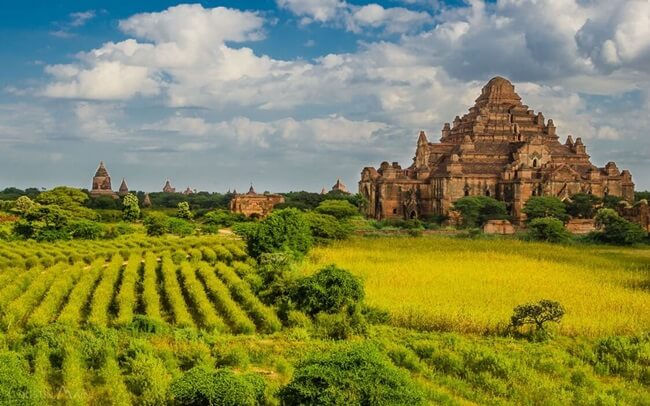 It could be admitted that owing to the peak time of travelling, most of services are supposed to stay at premium. There is a possibility that proper accommodation becomes troublesome for international travelers. In order for a fulfilled perfect experience, other options could be of concern. To be more specific, tourists might take a trip slightly earlier or later than the peak time as the weather is still enjoyable and dwelling places are of certain secure.

On the arrival to Myanmar in April, people definitely crave to take part in the vastest Myanmar’s festival yearly, which is New Year Water Festival. Such an incredibly meaningful and impressive festival lasts around four days in the middle of April and acts as a great mark of dry season close and rainy season onset. It is notable that people dose water freely mutually on the streets with the intrinsic intention of driving away all kinds of existing sins and bad lucks in the passing year. Simultaneously, good lucks, prosperities, well-beings and the like are of plentiful hope and welcome. 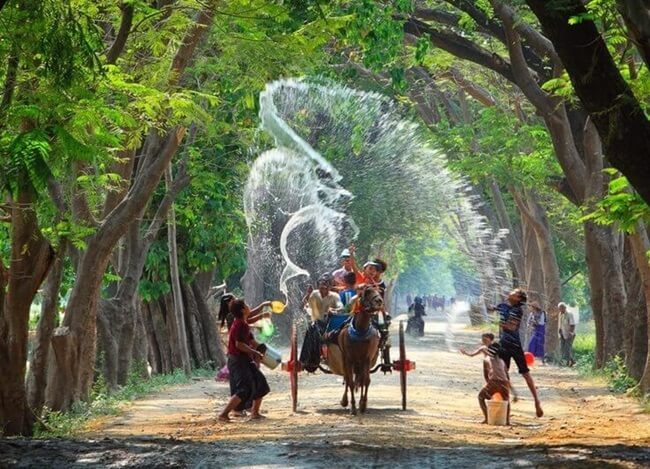 The decision to visit Myanmar in October is absolutely a wise idea. As widespread renounced as the Land of Festivals, Myanmar has approximately seven various festivals in solely October; however, Thadingyt, a kind of lightning festival, is seen obviously worth to involve in. This event marks the end of wet season and get in close relationship with Myanmar’s religion.

During this unique occasion, thousands of lights are lightened up in the night time and deliver an incredible impression for most of international visitors thanks to its vastly sophisticated preparations as well as interesting relevant activities. Even though the event is organized simply in a couple of days on an annual basis, it is a really great opportunity for locals to express their own respect, homage and thanks to grandparents, parents, elderly siblings and so on. By the way, they also take advantage of hardly rare time to implore them for their forgiveness along with best wishes. 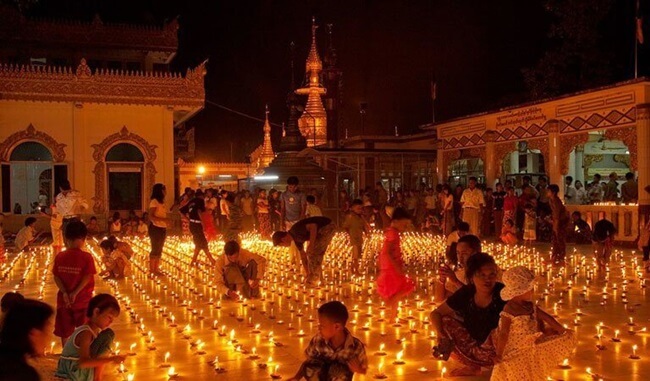 Especially, participants might not want to miss the food fair, where a handful of traditional types of Myanmar’ food are available and deserved to get tried. Besides food, they likely find it coming in handy to seek for useful kitchen implements, cute souvenirs and so much more at little stalls on the streets. Taking a stroll on the streets for relaxation plus going sightseeing under the light of a huge range of amazingly glistening candles undoubtedly delight and excite tourists. This could be such a wonderful chance for foreigners to easily gasp the insights of Myanmar traditional culture in general and its food-related aspect in specific. 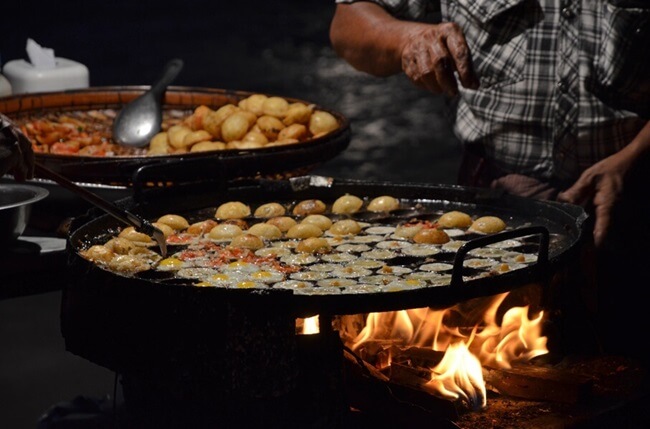 A food stall for tourists