The Time Bridge of Myanmar Past and Present - Mandalay Palace

Ancient and historical stories relating to Myanmar seem to be a never ending history book in which every single page is fascinating and inviting towards readers. Especially, it might keep your eyes nonstop gluing to the page concerning to the last royal palace of Myanmar called Mandalay Palace where numerous mysteries have not been disclosed yet.

1. What is Mandalay Palace?

As called with other names such as Mya Nan San Kyaw or Golden Palace and located in a charming land of Myanmar, Mandalay Palace is the honoring residence of two last kings named King Mindon and King Thibaw in Myanmar. Its constructions lasted two years in total from 1857 to 1859 and all the houses are of single storey. 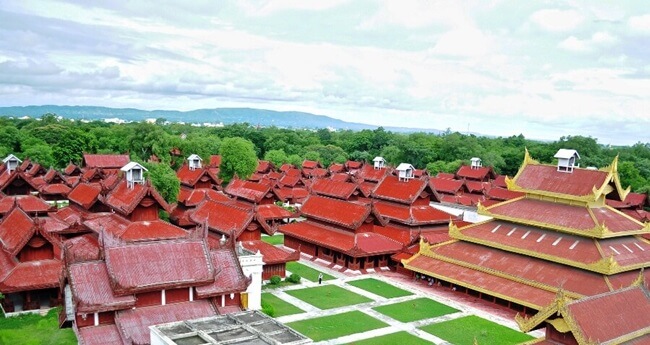 During British time of invasion into Myanmar, Mandalay Palace was acquired by British. Due to being defeated in the battle, King Thibaw Min surrendered and begged for his life to be free. Mandalay Palace always played a vital part in Myanmar citizens’ heart as the rewarding symbol of sovereignty and identity. Therefore, it was understandable that how painful it was for them on the witness of British forces’ looting worthwhile treasuries from Mandalay Palace and transferring to their own country. 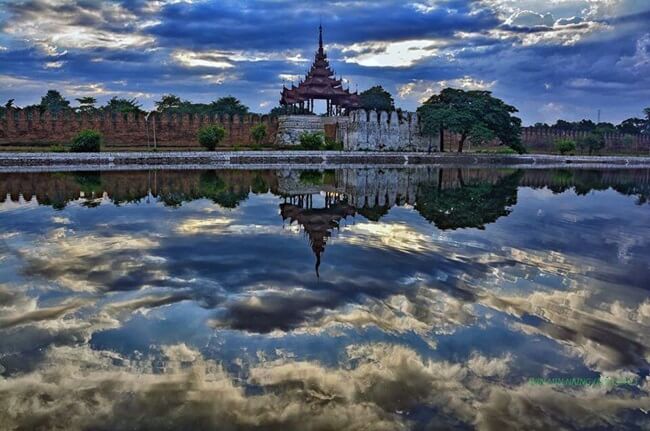 It was also a huge grief to learn that Mandalay Palace used to be taken advantage as the depot for Japanese army because of their expansion for war. Following this, Mandalay Palace was damaged significantly and experienced the reconstruction in 1989 with the mix of traditional and innovative features. 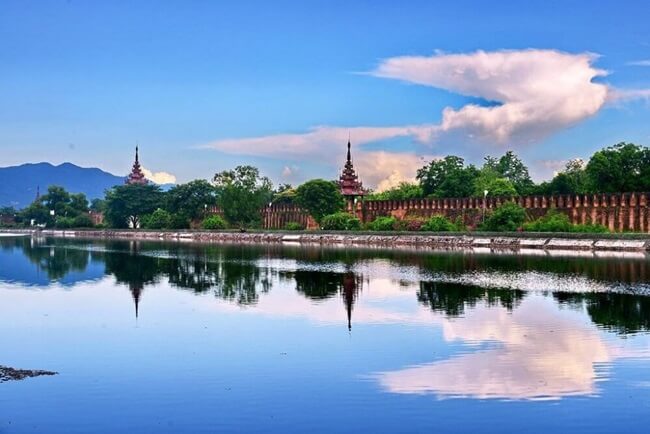 2. What can see and do in Mandalay Palace?

It is said that Mandalay Palace is one of the rewarding tourism spot where tourists can stand all day to walk around for the sake of discovery without any boredom. As being the royal house, the very first impression on this attraction place is its incredibly gorgeous and vast architectures. 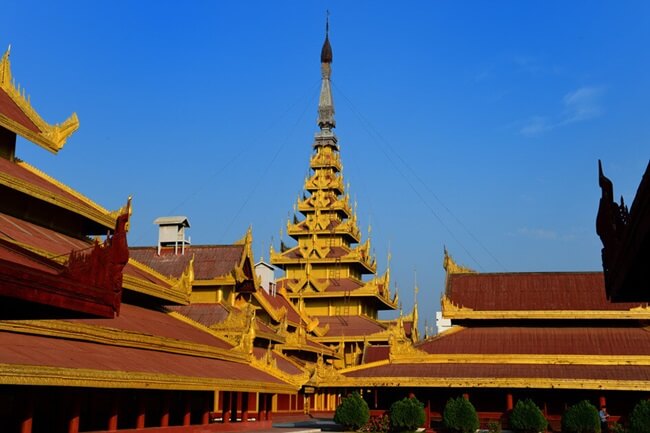 Together with a wide array of structures including towers, buildings, mausoleums, hall, monastery and the like, lust grasses and trees surroundings mutually creates a picturesque overview. Travelers perhaps bear the feelings as if they were stepping back to a century ago. Each site in the palace has a number of stories behind. It surely takes long time to learn every piece of history but it also could widen your own background about Myanmar’s previous times. 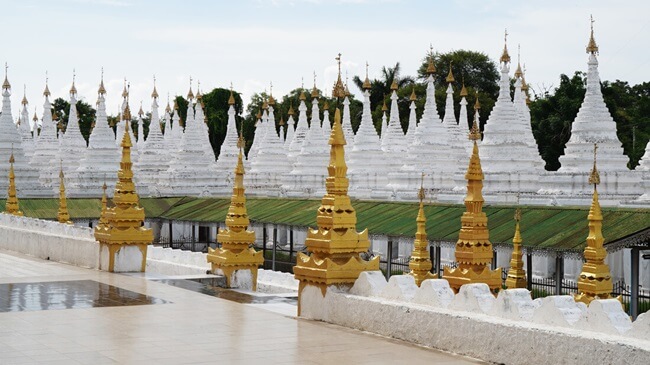 In addition, most of tourists do not forget to take several pictures for the magnificent beauty in a Mandalay Palace. Trying traditional clothes of King and Queen could be of memorable experiences. 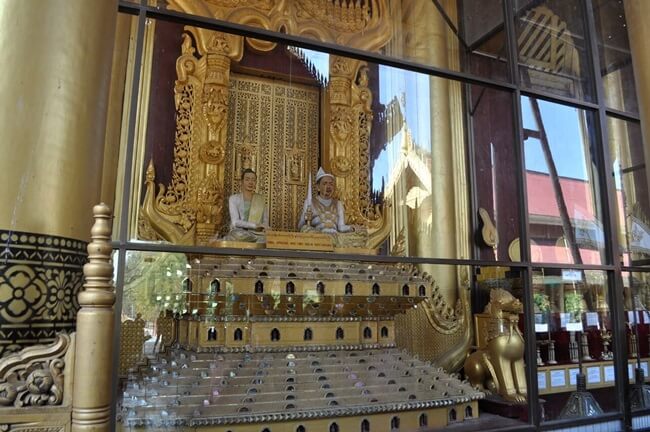 Hall of Victory inside the palace

3. How to visit Mandalay Palace?

Tourists are supposed to get inside the palace through the entrance gate at the East of citadel. This is the only way to enter the palace. Therefore, please kindly remember this little information; otherwise you may get confused by the long walk. The exit gate is located on the West.

Another thing needed to be noticed is that the available time to visit Mandalay Palace is between 7:30 am and 5:00 pm. You are recommended to take your visit better in the morning if you wish to grasp further insights of this unique site. Nonetheless, for those solely wanting to overlook it for a while, it does not matter whether you reach here at any time of the day as long as that time belongs to the opening time range.

It is also better to know the entrance fee is $ 10 each. You are suggested to keep you ticket as it could be used again to visit others places in Mandalay such as golden palace, monastery and all pagodas.

In addition, if you approach this interest spot by other ways of transportation except taxi, you are required to let your passport kept at the entrance. Nevertheless, you do not need to do that if you reach here by taxi. Therefore, it had better to go to this site by taxi if you love to be free of document concern.